Although the planet earth seems to be solid, it is actually much more of a liquid. The very core of the earth is believed to be comprised of solid iron, measuring some 780 miles (1250 km) from the center to its edge. The next 3,000 miles (4800 km) out is all liquid. The first 1,380 miles (2200 km) are liquid iron and nickel, while the remaining 1,550–1,750 miles (2500–2800 km), varying in different locations, is a mixture of molten and solid rocks known as the mantel. The outermost 5–40 miles (8 to 65 km) is the solid crust on which we stand and feel so secure. In fact, the molten iron ore and rock beneath us are in constant motion, churning upwards in the same way the bubbles boil from the bottom of a boiling pot of water. This churning motion causes the hard crust to crack and shake (earthquakes).

Factors in Weather and Climate

Weather refers to the day-to-day changes in the atmosphere of a place. Climate, on the other hand, refers to the annual pattern of atmospheric conditions in a place. Climate classifications are primarily based on (1) the seasonal variations in temperature and (2) the annual rainfall amount and seasonality. The major factors that influence climate are (1) latitude, (2) continentality, (3) air masses and (4) surface physiography. Because the earth moves around the sun on a tilted axis, the northern hemisphere is closest to the sun in June and farthest from the sun in December. These extremes become most pronounced as one gets closer to the poles

Low pressure on the equator brings year-round rainfall, creating tropical rain forests. Descending dry air creates high-pressure north and south of the equator. These are where the large deserts of the world are located. Humid low-pressure systems ring the globe north of here, creating cool weather rain forests on the coasts of Washington and British Columbia in North America and the British Isles in Europe. Finally, a dry high-pressure system is situated over the North and South Poles, turning the north coast of Alaska and central Antarctica into a frozen desert 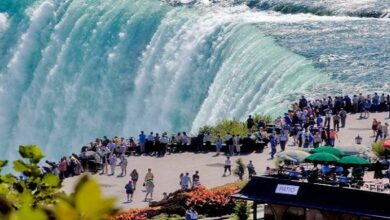 Geography And The Study Of Tourism